Skip to content
Olympe
Project realized as part of a partnership with Garner-Thiebaut and HEAR school, 2016.

The convivial moment of meal is meeting Greek myths, which are a symbol of oral transmission and sharing. Thus Greek myths are inviting themselves to the table on tablecloth. To allow each person around the table to get one piece of the story, that latter is fragmented around the table.
Each product has its own story-telling packaging, explaining the illustrated myth.
For this illustration, the myth used is the kidnapping of Persephone, which explained the four seasons existence. 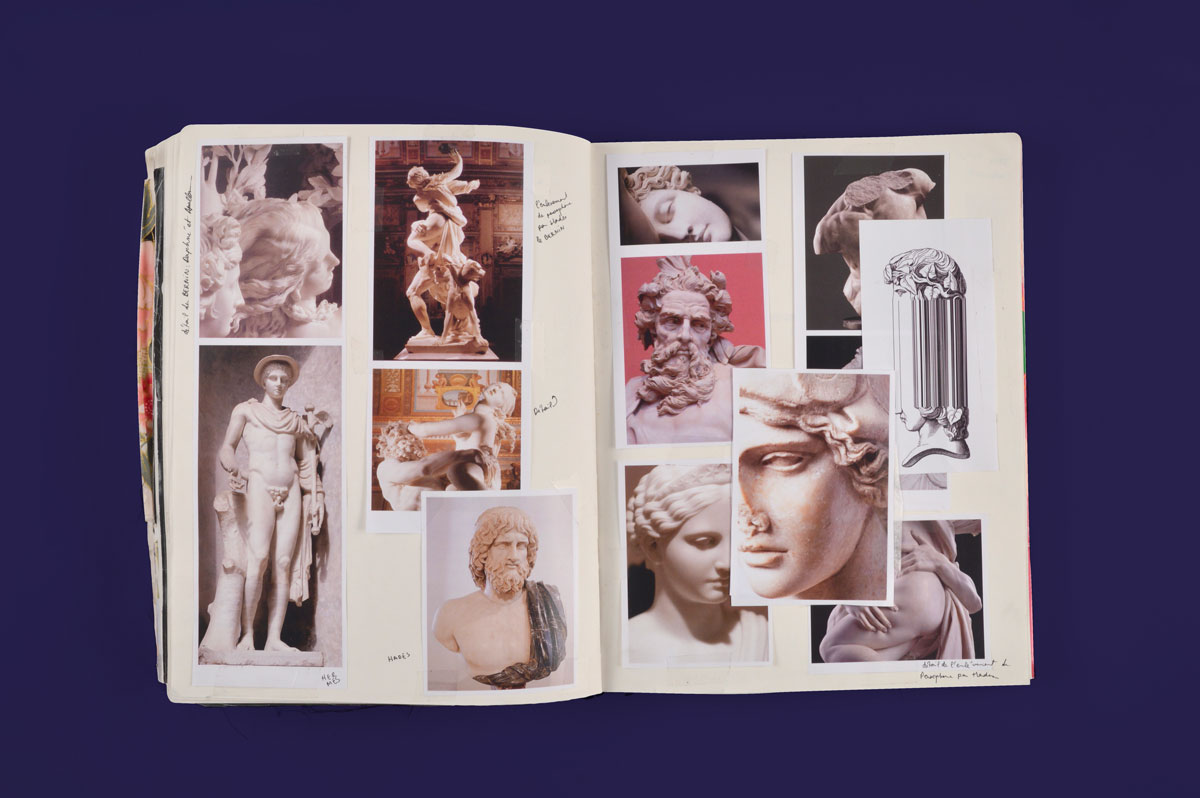 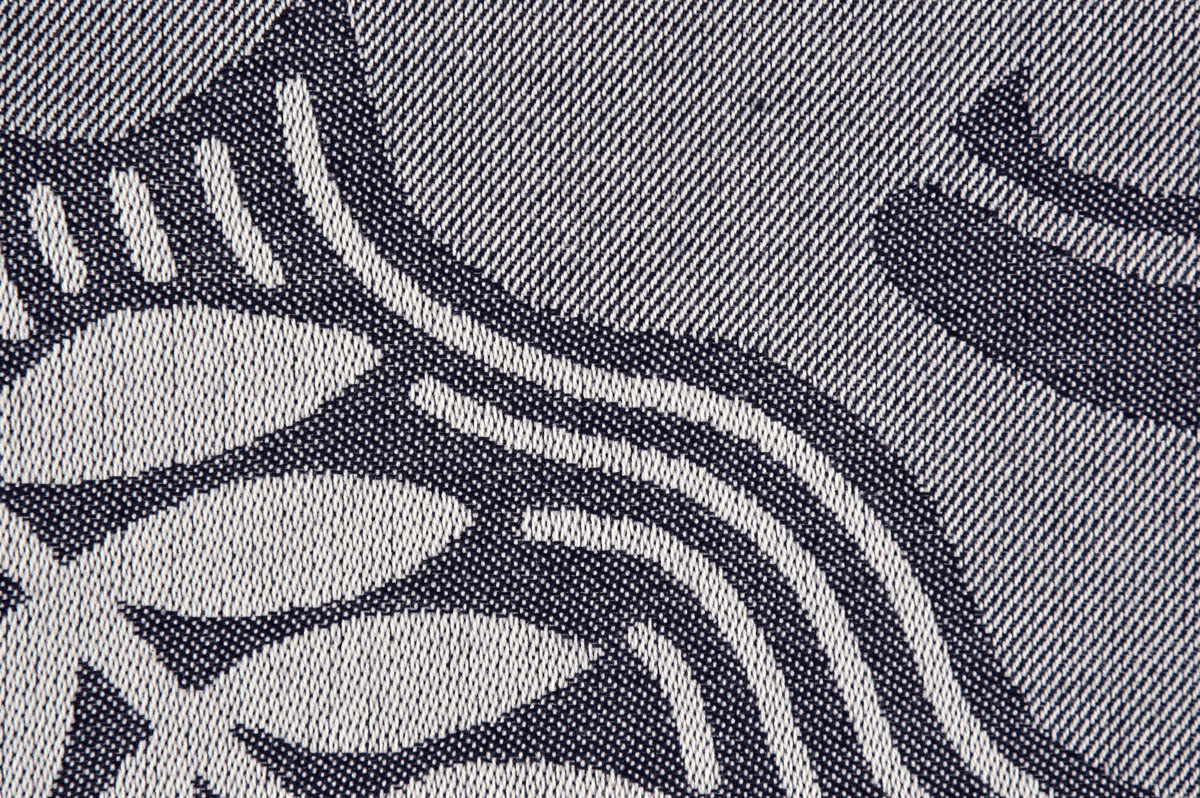 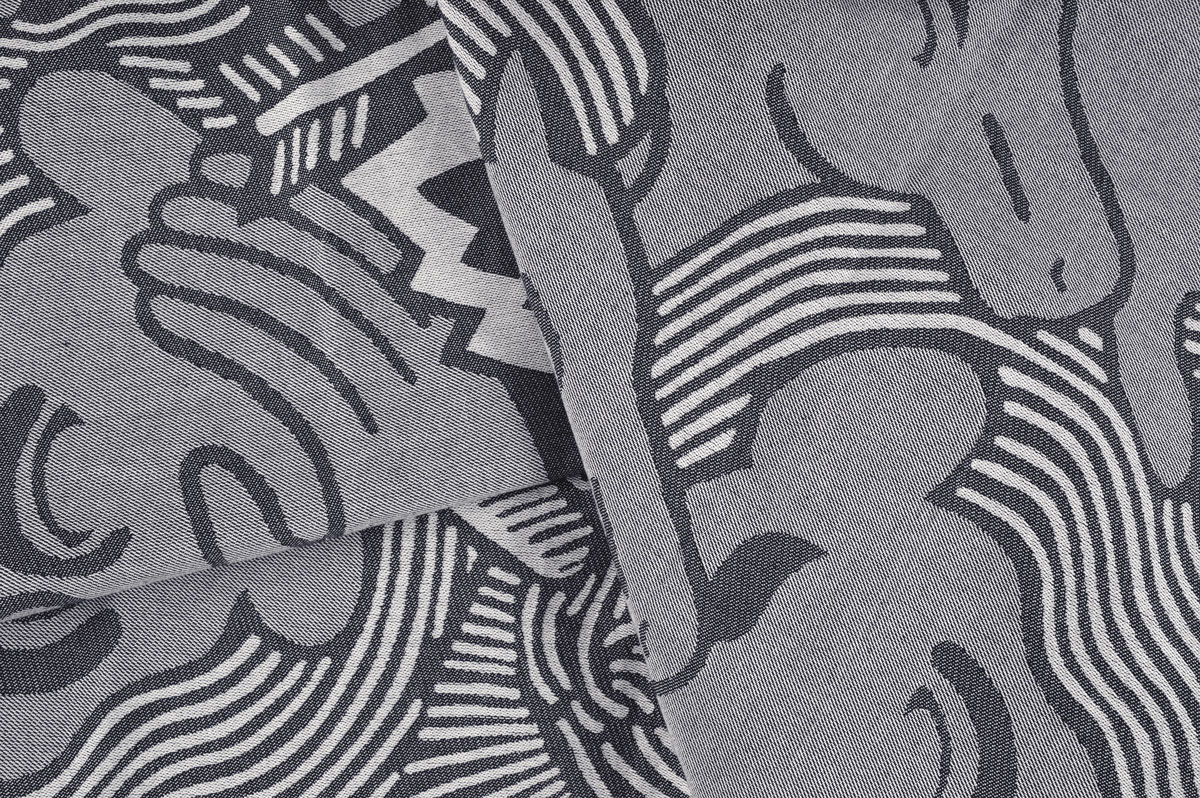 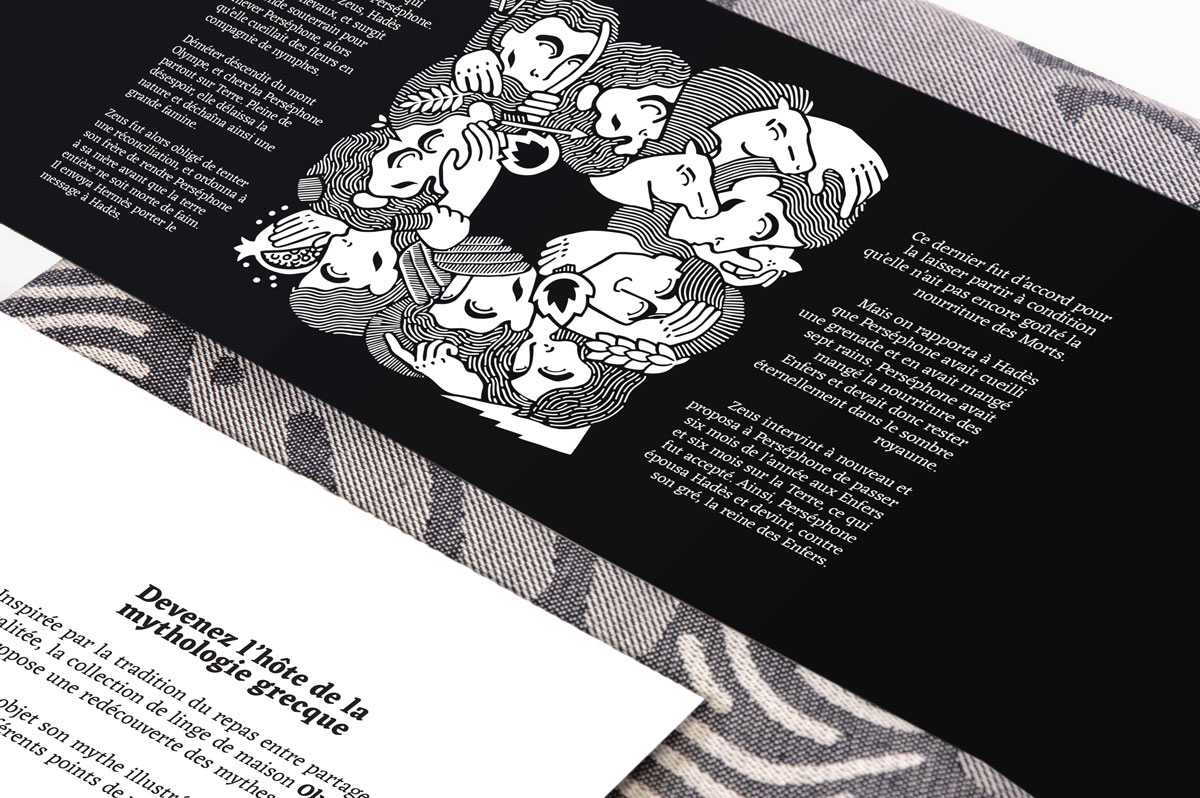 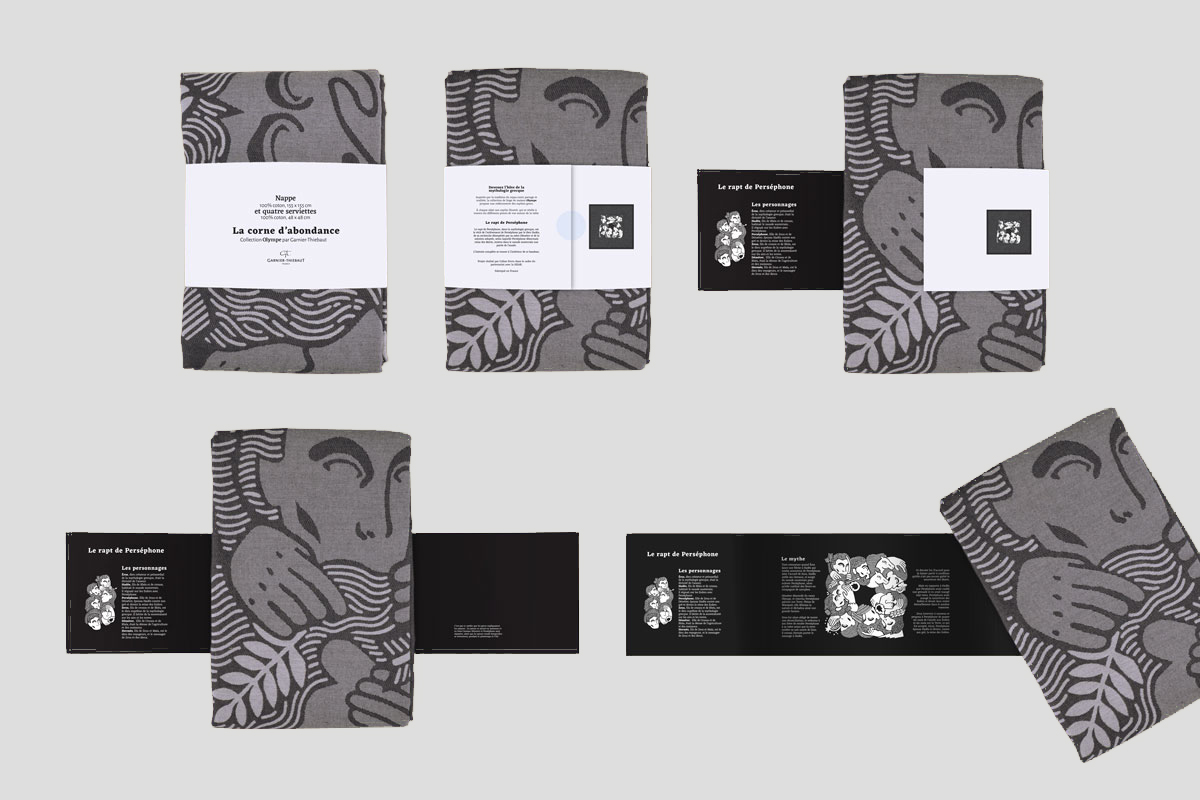 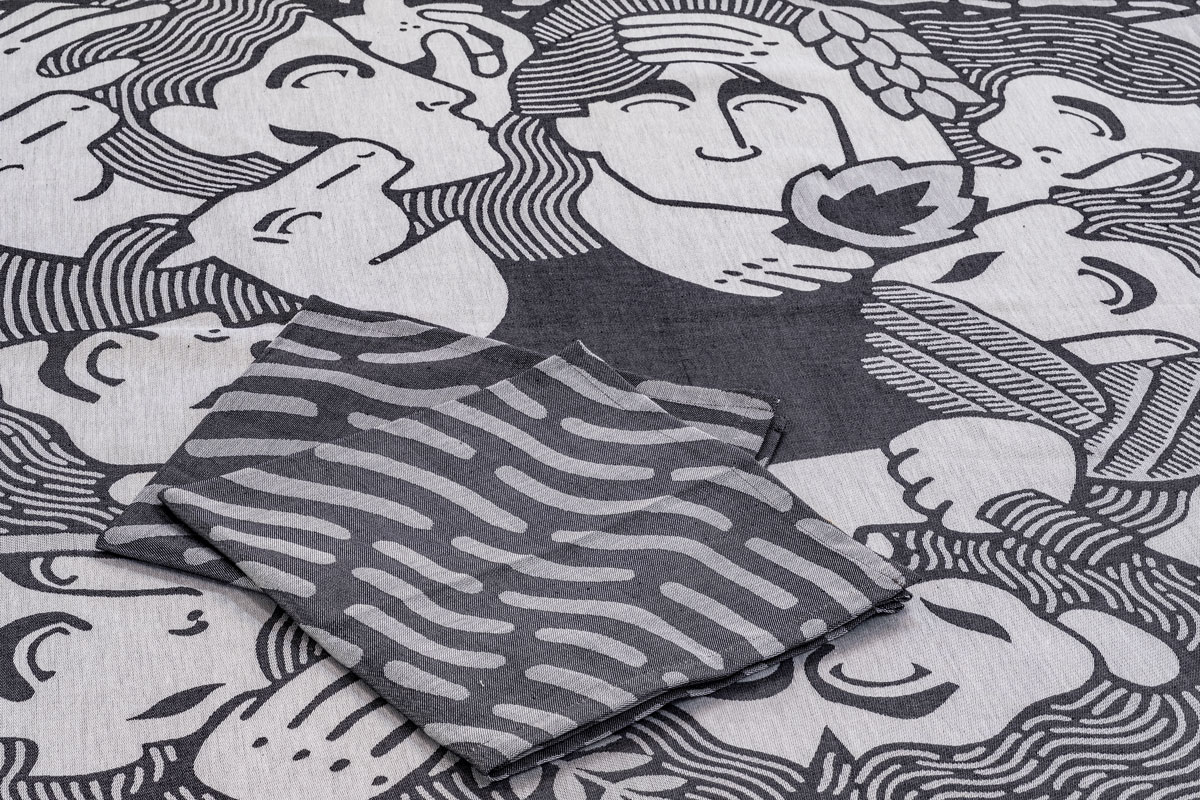 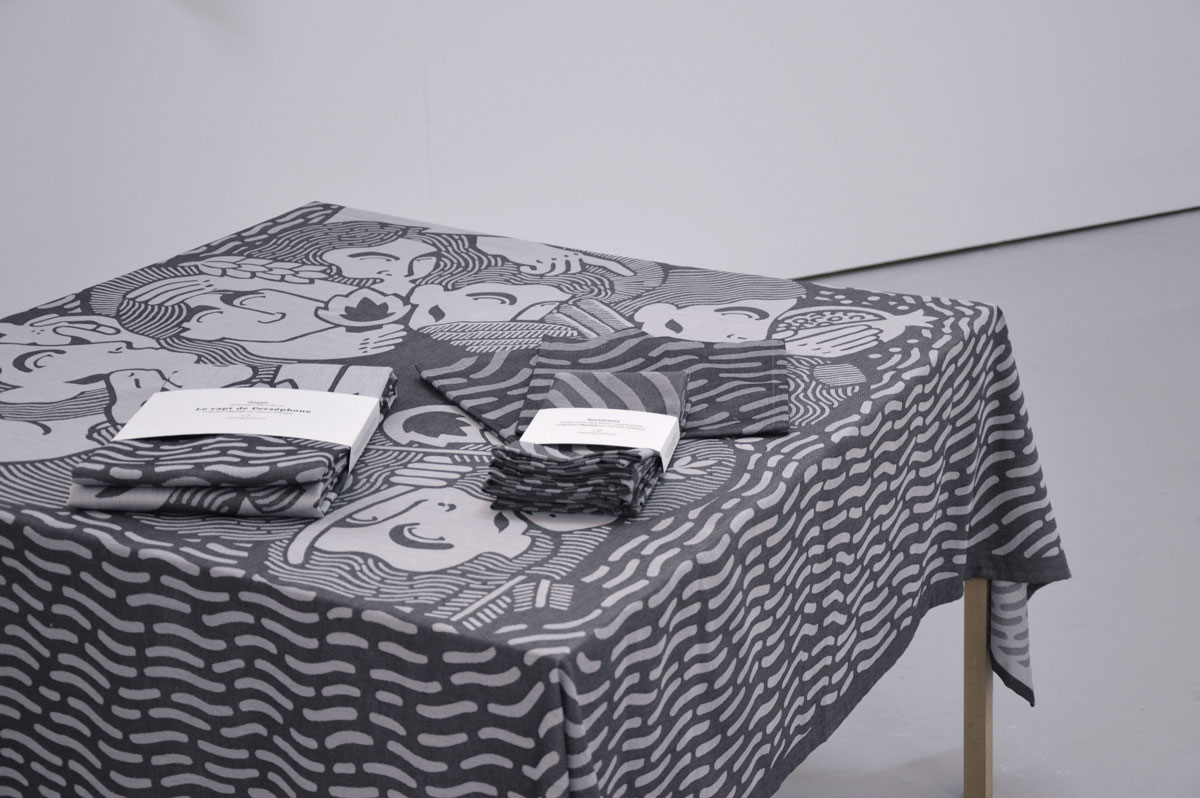